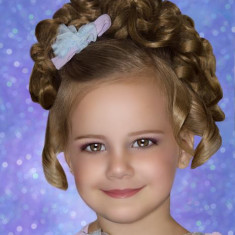 Sable was born for the stage! Her mom Macy and her dad Aaron Gilley are proud parents of Sable Grace. At only two years old, she is currently a model for CKC, EDG& EAM patterns and represents brands such as Gracie Mac, Have You Heard? Hair Bows, Texas Southern Belles, Kidsccessories, and Simply Starlyn Designs. She enjoys her time on stage where she can showcase her BIG personality! She does this best while modelling for pageants. Sable holds several titles, including 2 MEGA, Ultimate Grand Supreme and Tiny Miss Texas. She valued Tiny Miss Texas most as she could log more than 100 hours of community service with her MiMi, in 2017. Currently she holds five, that’s right, FIVE Ambassador titles for 2018 and plans on crushing her goals for 2018. As the middle sister to her big brother Jace and her little sister Remi, Sable is truly someone to look up to. In addition to pageants and modelling, Sable, loves playing outside, swinging, and visiting the elderly. All the way from Celina, Texas is your two-year-old 2018 SAS Queen Sable Gilley 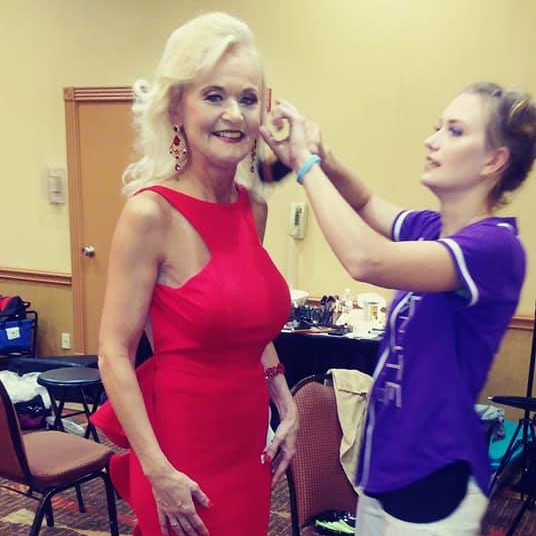 What is the Occupation of Sable Gilley

Just being a kid

My Mimi got me in to it . She thought it would be fun for us to do together.

I have been modelling scene I was 3 weeks old

What is the Nationality of Sable Gilley