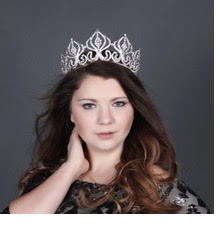 Nicole was born and raised in Kent, United Kingdom. From the age of three, Nicole had an interest in musical theatre and started dance classes. This lead to a career performing in national theatres, on board cruise ships and training other performers. This is where Nicole’s passion for teaching was first sparked and subsequently, she trained as a primary school teacher, working with children living in deprivation. The most rewarding part of teaching for Nicole is seeing the children develop lesson upon lesson and igniting their imagination and curiosity when learning.

Nicole’s specialist area is the Performing Arts. She is a fully qualified dance and cheerleading teacher with a wealth of experience in teaching these disciplines to all age ranges. Nicole also has several qualifications in outdoor education that she gained whilst working at Adventure International in Bude, Cornwall. Not only was she coaching children in outdoor sports such as kayaking, surfing, rock climbing and mountain biking but as part of the role it was essential to complete lesson plans for various groups and include a contingence plan as children’s needs can often change. Each week, Nicole would work with a different group of students from varying backgrounds as their personal tutor. She also had the opportunity to work with a group of children with hearing disabilities, which was extremely challenging but also very rewarding. This helped her to develop alternative communication methods. Nicole aims to continue developing strategies of working with special needs children throughout her teaching career and as she completes a Master’s in Education degree.

Nicole first started fundraising for them after being caught up in the Tunisia terrorist attack in 2015. The British Red Cross receive very little government funding. Nicole has raised over $3000 for them this year and has been nominated as North West volunteer of the year.  It doesn’t matter whether it’s a flood, fire or mental health, when crisis strikes, there’s always an impact – whatever the scale. The British Red Cross refuse to ignore it. However, Nicole has also worked with Cancer Research UK, East Cheshire Hospice, Kent Air Ambulance and many others.

Nicole’s dream of winning Ms. Elite Global Earth International, isn’t about wearing a stunning crown and sash but about being an ambassador to others and showing they too can achieve their dreams no matter their background, culture, age, race or religion. Nicole’s achievements have been a result of great personal commitment but also that of those who have been dedicated to her education and her family who have instilled in her the importance of teamwork, trust and the value of learning from the experience of others, which she hopes to pass on to the future generation.