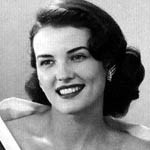 Neva Jane Langley was born January 25,1933 in a typical small American town, Lakeland, Florida. Her parents had left the South Georgia wiregrass area to seek their fortune in the "Florida Boom". Although the boom was short lived, her father, Roy Langley, became successful in trucking Florida citrus to market. His later success came form investing in and managing his own citrus groves.

Her high school years were marked with honor and accomplishments. A cheerleader, Neva was voted "Most Popular" each year. Voted Who's Who in Lakeland High School, she was a member of the yearbook staff as well as the Classical Club for students of Latin. Her circle of friends developed a close camaraderie that they still enjoy today.

Neva's natural beauty and poise also earned her recognition. Before graduating from high school she won several crowns, serving as Florida State Tangerine Queen when she was 16 and as Homecoming Queen while in the 10h grade.

The budding of Neva's musical ability may be the most significant event of those years. At age seven, she began mandatory piano lessons with the neighborhood teacher. Neva developed a keen musical interest and begged her parents to acquire their own piano. Her ability increased rapidly, and she began playing for church services as well as weddings and funerals. She also attended a summer piano gospel music course in Tampa.

However, it was classical music, that enchanted her. She enrolled as a music major at Florida Southern College in Lakeland. Other college activities included the Alpha Delta Pi Sorority, campus queen, cheerleader, and sweetheart of Tau Epsilon Pi fraternity.

As a sophomore, she transferred to Wesleyan College in Macon, Georgia, and studied piano with Doris Jelks. That same year, the sponsors of the Miss Macon contest asked Weleyan to offer some nominees for the pageant. Neva, along with several of her classmates, was asked to participate. Thus, at age 19, she became Miss Macon, Miss Georgia, and Miss America 1953. With piano performance as her talent, she won the talent award for her rendition of TOCCATA by Khatchaturian. One of the judges was the famous NEW YORK TIMES music critic, Deems Taylor.

During her senior year, she married William A. Fickling, Jr., whom she had met two years earlier. After a two-year tour of duty with the U.S. Air Force, the couple settled in Macon and began raising their four children as well as participating in community affairs.

Over the years, Neva has given generously of her time to organizations, institutions and volunteer services. She as been a member of a number of boards including: Wesleyan College, The Georgia Trust for Historic Preservation, The Gina Bachauer Piano Competition, the Keep America Beautiful Commission, the Macon Symphony Orchestra, the Community Foundation of Central Georgia, the Atlanta Symphony Orchestra, the Macon Heritage Foundation, The Georgia Council of the Arts, the Park City Chamber Music Society, The Junior League of Macon and the advisory board of Hay House. She also has served as chairman of the Georgia State Clean Community Commission as well as president of the Morning Music Club, the House and Garden Club and the Macon Museum of Arts and Sciences. She has been both a board member and a trustee of Mulberry Street United Methodist Church.

She is the founder of Georgia Women of Achievement, which recognizes women of outstanding achievement in Georgia with an annual award. Neva also initiated the forming of the Macon Arts Council - now called the Macon Arts Alliance. She helped to establish Georgia Citizens for the Arts, a statewide arts advocacy organization. Her business activities include, among others, director of Beech Street Corporation. Neva was also a contributing writer/editor for SOUTHERN ACCENTS for several years.

Additionally, her alma mater, Wesleyan College, awarded Neva an honorary doctorate of fine arts in 1984. In 1989, she was also awarded the Alumni Award for Distinguished Service to the Community. Keep America Beautiful has recognized her outstanding leadership and service with both the Lady Bird Johnson Award and the Woman of the Year Award.

When the Grand Opera House building was threatened by demotion, she was asked to head a fundrasising event (The Grand Topper) that is credited with saving the building, beginning its renovation, and preserving it for posterity. The Grand Opera House is now home of the Macon Symphony Orchestra and hosts a number of events throughout the year that are managed by Mercer University. The main dressing room is named for her.

While raising her children, Neva neglected the piano. In her later years, she returned to her music and began studying with her friend and mentor, Edward Eikner. Paul Pollei, the well-known teacher at Brigham Young University and Walter Hautzig, the famous performer also coached her.

Beginning in 1989, she was performing in public again with a series of recitals in Georgia, North Carolina, Utah, Florida, and Italy. She has performed as guest soloist with the Macon, Utah and Benevento, Italy symphony orchestras.

Neva has been acclaimed as perhaps America's best example of a piano performer who gave up her music for many years and then returned to match - even exceed - her prior achievements. 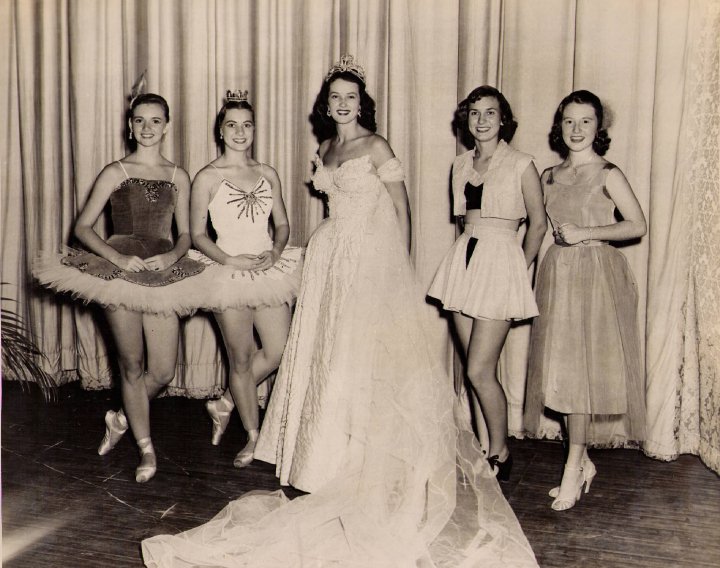 Langley was born in Lakeland, Florida. Was a member of Alpha Delta Pi sorority. Langley's first television appearance as Miss America was on What's My Line.