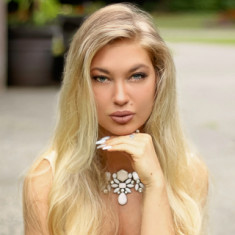 Natasha is described as lively, confident and compassionate. She considers herself to be well rounded, dedicated and very much a people person with strong morals and values. She was born and raised in the beautiful city of Vancouver and currently resides in Coquitlam, B.C. Education has always played an important role in her life. Natasha maintained an A average throughout high school and she achieved the Gold Scholar award upon graduation. As a result of her dedication towards education and volunteer involvement in her community she was awarded the Dean’s Academic Excellence Scholarship in Science for her undergraduate studies at Simon Fraser University. She firmly believes that it is not what you do in life, but how you do it. Only by challenging yourself can you be your best. We may not succeed every single time but it is through life experience that we learn lessons and grow as an individual.

Throughout school, Natasha discovered her love for science and considers herself a science enthusiast. It was in Grade 10 when she decided she wanted to pursue a career in medicine. Upon graduation from high school, she was given a once in a lifetime opportunity to view two open-heart surgeries. That was the day that solidified Natasha’s ambition for becoming a neurosurgeon. She is now is in her final year of university and this summer will be studying and writing her Medical exam (MCAT).

In addition to a strong academic background, Natasha has an undying passion for the arts. Since her childhood years Natasha has danced competitively in various genres and was part of an elite hip hop team. She also completed a master acting program and performed in several musical theatre productions. One of her proudest achievements was at the age of 14 when she achieved her black belt in Shotokan karate. Through martial arts she has learned the value of discipline, determination and dedication as the way to achieve her goals.

Volunteering has played an important part of Natasha’s life. She finds it extremely rewarding to help others, strengthen the community and bring people together. For the past six years, Natasha has been volunteering for a young girls empowerment program, helping instil confidence, setting goals, living a healthy lifestyle and being physically active. Recently, she was accepted as a volunteer at the Royal Columbian Hospital Emergency room for a nine-month term. Natasha has been actively involved with many fundraising charity events such as: Operation Smile, Variety the Children’s Charity, Free the Children, The Children’s Wish Foundation and SOS Children’s Villages.

Natasha is not afraid to try anything new and challenging. She exemplifies a fit and active lifestyle by working out at the gym. She is very family oriented and realized early on in life that family and friends are of the utmost importance to her. She enjoys spending time outdoors and loves to go hiking and camping. She is an animal lover, an avid reader and loves traveling.

Natasha’s passion for pageants began at the age of 16 when she first competed in a local pageant. In 2017, she competed in Miss Universe Canada and was honored by placing in the Top 10 out of 65 delegates. Becoming Miss Universe Canada has been a lifelong dream of Natasha’s and she would be honored to proudly represent Canada on an international stage. Natasha hopes to serve as an inspiration to all individuals to promote positive change and inspire others to follow their dreams.

What is the Occupation of Natasha Smith

Which School Did Natasha Smith Attend?