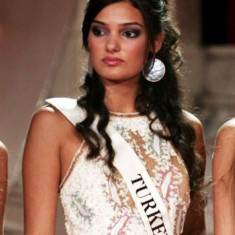 Communication, at its very definition, personifies the notion of sharing which is a concept that each of us were introduced to at a young age. With the ever growing popularity of social media, it seems as though nearly every child, adult and business is relishing in the ability to share information, see places, communicate with people, express ideas and virtually travel to any part of the world via any number of social media outlets.

On the surface, it appears to be a harmless way to share your opinions and connect with like-minded individuals but what if that “freedom of speech” across the digital landscape could be limited? Worse still, what if the government decided to pursue each citizen whom had a negative opinion of the government and its decisions? Could that country still be considered a democracy? Last year, a former Miss Turkey (2006) “Merve Buyuksarac”, was detained for a satirical adaption of the Turkish national anthem that she posted on her Instagram account that alluded to a corruption scandal involving the Turkish president, Recep Tayyip Erdogan.

As a result of the post, she could face up to two years in prison . In response to this, the former beauty queen said, “In democratic countries, what happened to me is not normal…politicians have to be open to criticism” . Why is this important? Turkey has been regarded as a very progressive country that seeks to emulate the strides of other democratic nations around the world, however, it seems that in the realm of “freedom of speech” that their progression is coming to an alarmingly abrupt halt. The Turkish law is closely tied to lese-majeste, which is a law that is practiced in countries like Morocco and Thailand that condemns any negative opinions of the government or the president and is punishable with jail time.

As a young woman competing in pageants and even as a citizen of your country, it’s very important to have an idea where you stand on any number of issues, albeit social or political issues. We should remember that you can and should love your country for its opportunities that are provided therein, the culture, and any number of attributes, but also know that there isn’t a single country or person that is perfect and as such, improvements can and should always be made.

As pageant contestants and titleholders, we are always reminded that what we say can leave a lasting impression but also that anything we do on social media will leave a digital footprint that may very well outlive us all.