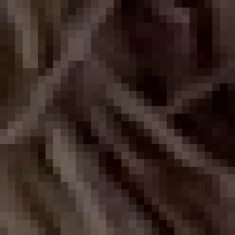 I love life! The essence of being! I am a powerful woman who inspires love, healing and light whenever I go! My lifes journey has been interlaced on a spiritual trek since the age of 5. Sick with chicken pox while the fires of the Watts riot consumed neighboring cities, I lay in a feverish sweat, unable to catch my breath from the diseases attack on my insides and external extremities. In the city of Compton where I was born and raised my mother walked 5 miles to retrieve my medicine determined that her only daughter and 4 sons would make it through to their destiny. She was a strong, educated woman whose shoes I now feel honor bound to fill. I knew even then that I was put here on this earth for a purpose.
I left Compton at age 18 to serve my country in the Unites States Air Force as a Jet Engine Mechanic. I worked in airplane hangers at R.A.F. Lakenheath England, and later performed as a USO dancer in 45 countries over a 75 day period bringing smiles while uplifting the morale of our soldiers who bravely put their lives on the line . Back then women soldier's weren't protected and I faced sexual harrassment and an unfortunate rape underneath the umbrella of our United States government. This incident took my power away and after 2 failed marriages of 9 and 28 years - 38 years consecutively, I decided that my platform would be to show the world that women are survivors and conquerors! I want to let the world know that a woman can rise from the ashes at any age, and show her power within and without; let them see our light shine in spite of the challenges that are set before us.
I have four children, an attorney daughter, an active duty special forces now 5 star chef daughter, a son who speaks 5 languages and a youngest son who's an Electrical mechanical engineer. Two of my four children are proud members of the LGBT community and I love and support them all.
I now stand in my power and want to show women from all walks of life that they can too, no matter their background or social economic circumstances.
This is why I want to be a contestant in your pageant.

What is the Occupation of Melinda Carney

Currently working in the Character department Disneyland Resort in Anaheim CA and perusing an technical training program in Avionics.

Which School Did Melinda Carney Attend?

To bring awareness to the world that women who serve in the military are just as important as the men who serve and that women soldier's suffer equally from the detrimental effects of PTSD. Homelessness, drug and self abuse are huge components that follow from this trauma. Also Domestic Violence Abuse

I'm a published author of 3 fantasy novels! I'm also a Shamanic practitioner and I create selenite crystal wands for higher consumption and elevation! I love animals, I own 2 Black Singletons named Samantha and Sabrina, I have four adult children, I love to cook, swim and shoot photography!

What is the Nationality of Melinda Carney