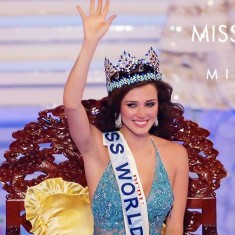 In 2004, she was Miss La Libertad and won the right to represent Peru in the Miss World contest as runner-up to Liesel Holler (Miss Peru Universe 2004) and was one of the major favorites in the run-up to the pageant, which was decided by a global television/telephone/online vote. Popularly known in her country as "Maju" Mantilla, her aunt María Julia Mantilla Mayer was Miss Peru 1969.

Mantilla was a record breaker for Peru during the competition, and was among the semifinalists in three fast track events. In Miss World Sports, she tied for third place with Kenisha Thom of Trinidad & Tobago. In Miss World Talent, she was among the Top 25 semifinalists with a traditional Peruvian dance, The Marinera Norteña. And finally, in Contestants' Choice, she placed second runner-up.

Claudia Cruz of Dominican Republic and Nancy Randall of the United States were the first and second runners-up, respectively. Other contestants who made it into the final five were 20-year-old Karla Bautista of the Philippines, and 19-year-old Katarzyna Borowicz of Poland.

During her reign, Mantilla performed a variety of duties focused on fundraising for charitable organizations. She traveled to Indonesia, Russia, Peru, United States, Czech Republic, China, Tibet, Ireland, United Kingdom and many other countries during her reign.

On December 10, 2005, she crowned her successor, Unnur Vilhjálmsdóttir of Iceland. 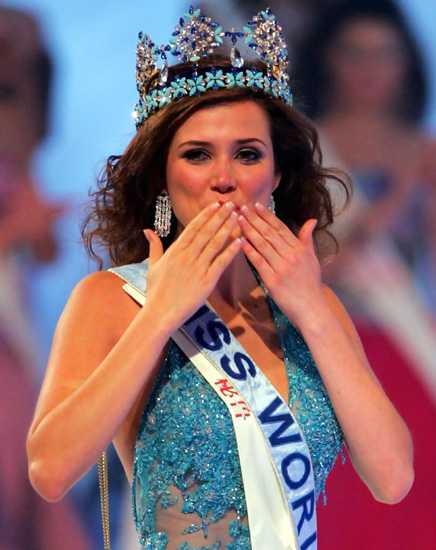 Mantilla is the younger of two daughters; One of her dreams was to own an online tourism company to promote her native town and country all over the world; In 2001, Mantilla became the Peruvian national champion of Triathlon and Pentathlon, and was elected national athlete of the year.