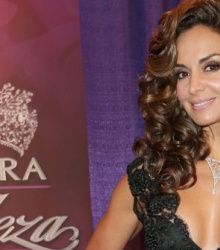 Lupita Jones was Miss Universe 1991! Jones is a Mexican actress, director and beauty queen who became the first Mexican woman to win the title of Miss Universe. She is now the director of the Nuestra Belleza Mexico pageant, which sends representatives to Miss Universe and Miss World.

In September 1990, Jones won the title of Señorita México under the state of Baja California.

On May 17, 1991, Lupita competed against 72 contestants for the title of Miss Universe 1991 in Las Vegas, USA. Jones entered the semifinals of the pageant in first place, the only delegate with an average score above 9. During the final telecast, Jones won every single round of competition: swimsuit, interview and evening gown. She dominated the next two rounds of competition (the Top 6 judges' questions and the Top 3 final question) and won the crown, the prizes and the prestigious title for her country.

After finishing her reign in 1992, she created in 1994 the company Promocertamen with Televisa to produce Nuestra Belleza México, the official Mexican pageant responsible for choosing Mexico's representatives to Miss Universe, Miss World and Miss International. This new pageant was created when Señorita México was moved to another TV network, TV Azteca.

In 1997, she attempted to launch the first male-only beauty contest, El Modelo México, but the show got little attention from the public.

In 2001, for the Nuestra Belleza México show, Lupita Jones launched the campaign report her campaign which invited the public to report beautiful women in their state. Critics attacked the campaign on discrimination charges. She produced a winner at one of the 3 most well-known beauty pageants in the planet since 1960: Priscila Perales, Miss International 2007 and another one in 2009 with Anagabriela Espinoza, Miss International 2009. In 2010, a Mexican woman was crowned as Miss Universe 2010, Ximena Navarrete. Accordingly, Jones promised she would vacate the direction of Nuestra Belleza México once a new Mexican Miss Universe would be entitled, but did not follow through after Navarrete won the title.

From 2008 to 2014, Lupita Jones and longtime pageant director-rival Osmel Sousa were brought together to judge Nuestra Belleza Latina, a beauty pageant-related reality television series created by the US Hispanic network Univision, which searches for young women of Latin American descent across the United States.

In 2015, in response to negative comments on Mexicans by Donald Trump, part-owner of the Miss Universe organization, as head of Nuestra Belleza México, Jones endorsed withdrawal of the 2015 contestant from Mexico and urged a boycott of products associated with the 2015 pageant. 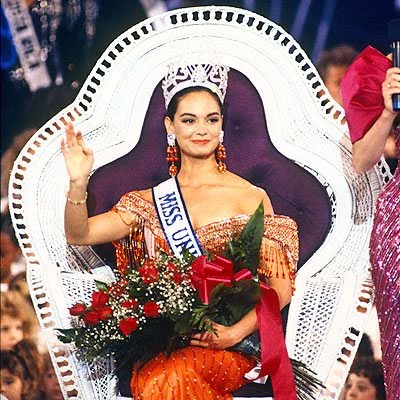 Since 1994, Jones has been the national director for Mexico at Miss Universe and is the franchise holder of Mexicana Universal. Lupita Jones had studied business administration before Miss Universe and also did post-graduate studies in industrial administration at the Centro de Enseñanza Técnica y Superior in her native city of Mexicali, Baja California. In 2000, Jones accepted an appointment as UNFPA Goodwill Ambassador and Face to Face Campaign Spokesperson for Mexico.