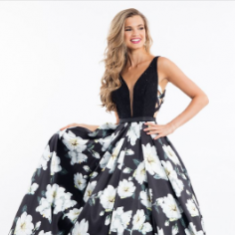 “The future belongs to those who believe in the beauty of their dreams.” This is the philosophy that nineteen-year-old Zhané Padmore lives by. Born on September 15th 1994 in the beautiful island of Barbados to Barbadian parents Sandra and Roger Padmore, Zhané is the epitome of con?dence and determination, believing that hard work and dedication will aid in her path to success.

Currently in her second year at the University of the West Indies, Zhané is pursuing a degree in Management at the undergraduate level, with aspirations of becoming an Event Manager. At nineteen years old, she can proudly say that she has accomplished many things in life. From the age of four (4), Zhané’s parents enrolled her in swimming, where she was able to evolve into a National swimmer, representing Barbados at many regional meets such as the CARIFTA Swimming Championships as well as the Caribbean and Central American Swimming Championships.

Furthermore, Zhané is an avid dancer, also starting ballet at the age of four (4) and having attained distinctions in the Royal Academy of Dancing Examinations up to Grade 8 level. She dances at various local events and festivals such as Crop Over and NIFCA (National Independence Festival of Creative Arts), where she has evolved from dancing ballet and is now well versed in contemporary, afro-Caribbean, jazz and hip-hop genres. Apart from swimming and dancing, Zhané enjoys socialising with friends and frolicking at the beach.

At the age of 11 Zhané graced the halls of Harrison College, one of the most prestigious schools in Barbados. Here she learned to balance her studies with her love for swimming and dancing and also participated in a number of extracurricular activities including the Key Club. Key Club International is a student-led organization aimed at building leadership skills, character building and providing opportunities to provide service to others who are less fortunate. With this organization, Zhané was able to take part in various charitable activities such as the Silver Dollar Drive for Children and the Feed the Homeless Project.

Zhané’s love for pageantry emerged after she participated in the Harrison College school pageant. Her dynamic performance in talent and her natural poise, beauty and intelligence afforded her the opportunity to represent Barbados at the Miss Easterval Pageant 2012 in Union Island, where she captivated not only the audience but the judges and came away with this illustrious title as well as the prizes for Miss Photogenic, Best Talent, Best Interview and Best Evening Wear. She has also participated in the Digicel Haynes Smith Caribbean Talented Teen Pageant in 2012 and is currently the reigning Miss Holetown Queen of the Festival for 2014.

Committed, high-spirited and talented are just three words which Zhané uses to describe herself. Committed – because she never likes to leave a task undone; high-spirited – because no matter what the situation she tries to bring joy to other people around her and talented – because God has given her many talents of which she gladly puts to use. With a strong belief in her dreams and aspirations Zhané Padmore will continue to strive for success, meeting every opportunity that life presents with fervour and determination. 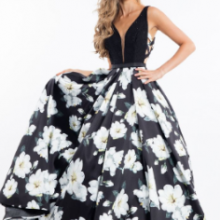 My family of pageant winners