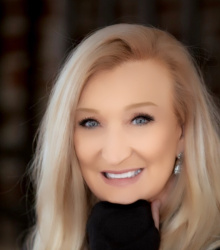 Kimberly is the founder of “The Athena Warriors Initiative” a non-profit transitional and supportive services foundation for Veterans in crisis. Kimberly is uniquely equipped to understand the issues surrounding current Veteran issues. Kimberly is currently working toward the completion of her Doctorate in Neuropsychology, her desire upon completion is to work exclusively with wounded veterans who suffer from Post Traumatic Stress Syndrome and Traumatic Brain Injury.

Kimberly is a founding partner and talent manager for About FACE Veteran Modeling and Talent Agency, the number one Veteran Modeling Agency in the country representing exclusively active duty, honorably discharged veterans and their dependents in the modeling and entertainment industry. In addition Kimberly is actively involved in her community, a surfing enthusiast she volunteers her time with “Healing Waters” a surf camp for children with disabilities.

Kimberly is the recipient of the “Barbara C. Blake Woman of Distinction Award”, United States Community Outreach Award, Woman of Excellence Award, The Department of the Army Commanders Award for Public Service, Certification of Appreciation Department of the Army for tireless work with female veterans, The United States Army Leadership Award and ESSAYONS medal for inspirational leadership, and the Presidential Community Service Award among others.

Kimberly plays piano and guitar and enjoys singing and writing music. In her spare time she enjoys traveling and spending time with her family.

Access and Awareness to Transitional and Supportive Services for Veterans.

Which School Did Kimberly King Attend?