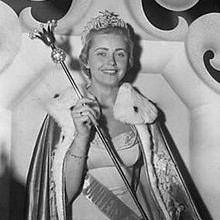 Rombin was born and raised in Uppsala, Sweden. Growing up as an athlete, she excelled in gymnastics, track and field as well as downhill skiing.

Rombin entered the Miss Sweden Pageant in 1955. She won the crown and was awarded the opportunity to travel to the United States to compete at the Miss Universe Pageant.

Rombin competed against 32 other contestants for the title. On July 22, 1955, she was crowned Miss Universe at the Long Beach Municipal Auditorium located in Long Beach, California. She was 21-years-old.

After her win, Rombin fulfilled her acting contract with Universal Pictures, which was part of the Miss Universe prize package. She has credits in The Benny Goodman Story (1955) and in Istanbul (1957).

In was during her time as Miss Universe that Rombin met her husband, David Schine. After crowning her successor, she discontinued her acting career to focus on family life. She married Schine and the two had six children together. They were married for almost 40 years.

On June 19, 1996, Rombin, her husband and one of their sons, were tragically killed in a plane crash in Los Angles, California. The plane experienced engine failure shortly after takeoff. Rombin was 62-years-old and the first Miss Universe to pass away.

The three are buried together at the Westwood Village Memorial Park Cemetery. 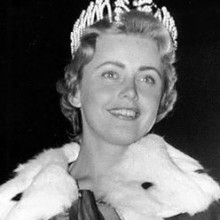 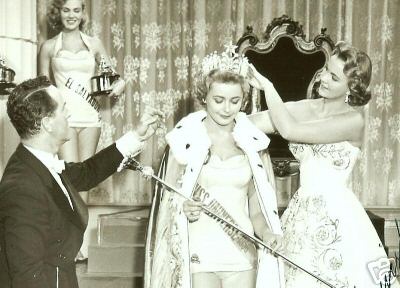 She was the Swedish national decathlon champion. She studied acting alongside John Gavin, Clint Eastwood and Barbara Eden. She is the first of only three Miss Sweden’s to win the title of Miss Universe.