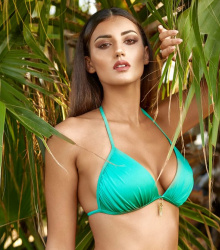 Mifsud began competing in pageants in 2016. Her first competition was the Miss Universe 2016 Best Photo Model competition. Next, Mifsud competed at the Miss Universe Malta 2016 competition for the first time and received 3rd Runner-Up. Additionally, Mifsud was appointed to represent Malta at the Miss Intercontinental 2017 beauty pageant but ultimately was unable to compete due to a prior commitment.

Prior to her public life as a pageant queen and model, Mifsud was a competitive basketball player and is currently studying at the University of Malta in pursuit of her Juris Doctorate (law degree). Mifsud is highly outspoken online about the need to raise awareness with regards to sexual harassment and is seen wearing in war paint the hashtag #STANDUP across her body on various social media platforms. 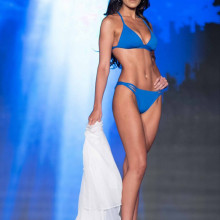 What is the Occupation of Francesca Mifsud

Which School Did Francesca Mifsud Attend?

If Mifsud wins the Miss Universe crown, she will be the first candidate from Malta to have done so. Mifsud is an avid kickboxer. Mifsud uses her social media platform to raise awareness about the movement #STANDUP which is in reference to women and sexual harassment.