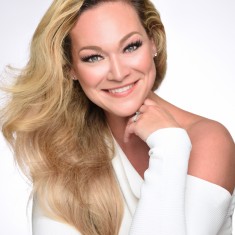 Dr. Ewa Dzwierzynski Mann is a first-generation Polish American and was born and raised in RI. Ewa is a pharmacist and received a bachelor’s degree in Pharmacy from the University of Rhode Island and a doctor of Pharmacy degree from Massachusetts College of Pharmacy and Health Sciences.
Ewa is a big advocate of volunteerism and giving back to the community. She is a member of the Narragansett Lions Club and Children’s Cancer Fund Delegate. She is a proud URI alumna serving on the URI Alumni Engagement Council, College of Pharmacy Advisory Board, Women’s Leadership Council Member/Marketing Co-chair. She is a Lector, Eucharistic Miniser and Choir Member at St Mary Star of the Sea Church in Narragansett. She is Past-President of RI Society of Health System Pharmacists and has served on the American Society of Health System Pharmacists, Council on Public Policy, Educational Steering Committee, Ambulatory Pharmacy Advisory Group on Practice Advancement, and House of Delegates. She has also served as adjunct faculty at the University of Rhode Island, Rhode Island College, and the University of Southern Nevada.
Ewa enjoys competitive ballroom dancing with her husband, fitness, spending time with her family, gardening, and traveling.
The most unusual thing that ever happened to her is that she met her American husband, Thomas Mann, in Germany 3 years after having lived and worked there as a pharmacist. Thomas and Ewa have been married for almost 13 years and live in Narragansett with their two dogs Stasiu (a Morkiepoo) and Tucker (a Lhasa Apso).
Ewa wants to use the title of Mrs. RI America to be a positive role model to young women and to bring awareness to causes that are important to her such as prescription drug abuse and the opioid epidemic.