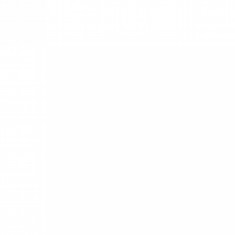 I am a United States American Veteran. I have a Master’s degree in Clinical Psychology. I am beginning my Master's in Education Degree Program. I have been selected to have a Honorary Doctorate Degree conferred upon me in February of 2020. I am an Illinois School Board of Education teacher certified to teach Psychology, Sociology and Special Education. I am volunteering on the campaign to elect the next Clerk of the Circuit Court of Cook County within Chicago, Illinois, and the surrounding areas. I have been licensed as a home daycare provider through the State of Illinois for several years. I am a member of the All Nations Worship Center located in Chicago, Illinois. 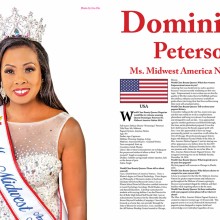 I enjoy dancing, singing and acting. I have acted as an extra on several television shows such as: playing a reoccurring doctor on Chicago Med, reoccurring roles on Chicago Fire, Chicago PD and I have graced the Empire studios as an actress (extra). I played a teacher’s role as an extra in the movie, “Light It Up” with Baby Face Productions along with the starring role of the Ms. America Beauty Queen, Ms. Vanessa Williams herself.

My platform is to give resources and help grant the prayers and wishes of underprivileged children and low-income families. I am developing my 501(c)3 organization called Provision Unlimited and people all over the Midwest will receive services and goods given to them through the generous donations of others. Individuals of all races, cultures, faiths, classes and developmental stages of age are welcomed and invited to partake in the provisions.

What is the Occupation of Delmar D. "Dominique" Peterson

I am licensed within the Chicago Public Schools System as a Learning Behavior Specialist (LBS-1) who is certified to teach students from kindergarten to twelfth grade. I am also certified to teach Psychology and Sociology to students in grades sixth - twelfth.

I have been accepted into the American College of Education to earn my Master's in Education Degree.

I chose to compete for the title Ms. Midwest America Nation for greater empowerment and influence to go throughout America and eventually the World giving to the poor and underprivileged for children and their families while inspiring others to do the same.

I have recorded music and was played on heavy rotation in island areas. They seemed to especially love and be drawn to my unique sound.

What is the Nationality of Delmar D. "Dominique" Peterson