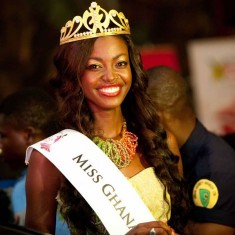 Carranzar Naa Okailey Shooter won Miss Ghana 2012. She is known for placing third at the Miss World 2013 pageant in Indonesia. Her performance as the second runner-up in the competition is the highest a Ghanaian beauty queen has achieved in the Miss World pageant history.

Ghanian actress Yvonne Okoro, whose sister Roseline Okoro competed in the 2012 pageant, accused the organizers of the pageant of vote-rigging in favor of Shooter.

Scroll down to see other pageants Carranzar Naa Okailey Shooter has competed in and how she placed.

Why Naa Okailey Shooter is a Big Freaking Deal