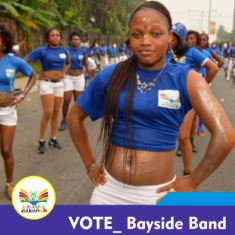 The Bayside Band is a contender in the Calabar Carnival contest. The votes here covers 50% of the Contest.

Calabar Carnival is known as the pride of Nigeria. For the entire month of December the city of Calabar puts on numerous carnival events.

We are proud to present you with one of the best carnivals in the world Calabar Carnival! Forget about celebrating carnival in Rio and instead head to Africa’s biggest party. Calabar Carnival is described as being ‘the pride of Nigeria’!

The Calabar Carnival is without a doubt the biggest, best and longest tourism event in West Africa. It attracts over two million revellers and features participants from over 25 different countries. The Battle of the Bands and Street Parade is even broadcast to a television audience of around fifty million! 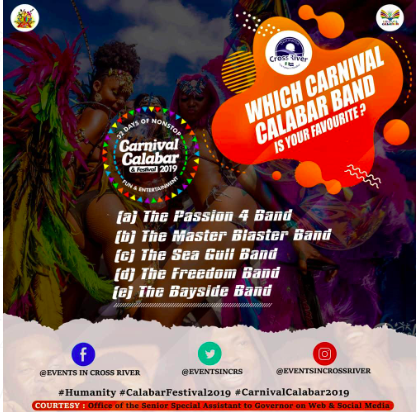 What is the Nationality of Bayside Band