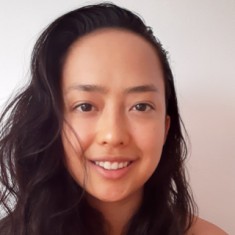 Ayla was born and raised in Hong Kong. Her mother is of Canadian heritage and her father is a Chinese-born Canadian. At a young age, Ayla was fortunate enough to travel to over 24 countries growing up, befriending people from all sorts of backgrounds, ethnicities, and socio-economic circumstances. She feels this helped her construct a balanced perspective on the world. She spent the first half of her life living in the international city of Hong Kong and then moved to Montreal to study at McGill University. However, being raised by two opposing cultures, made Ayla become fascinated with the contrasts between the East and the West. She entered McGill University to study these through the lens of medicine: pursuing anatomy and cell biology, but spending her spare time studying Traditional Chinese Medicine and holistic practices such as meditation. She wanted to find ways to harmonize these two cultures in every aspect of her life: work ethic, wellbeing, research, and perspective.

Nonetheless, the courses at university were just a small portion of what Ayla was to learn during her time at school. After years of stress and a lack of knowledge and tools on how to manage, Ayla went through a succession of life-changing events. After a near-death experience, Ayla was sparked back to life with an outlook she remembered she had as a child. She remembered the importance of presence and connectedness: how we truly are all connected and how this moment is the only one we have. She remembered how to not get too caught up in the mind and how that is often our greatest source of stress, anxiety, and depression. She learned new lessons on forgiveness and compassion and believes these are powerful keys more people in the world need to remember in order to heal ourselves. Most of all, she claims she learned invaluable lessons on how the mind, body, and life work. After all this, Ayla completed her final year at university: graduating with First Class Honours in Psychology and Neuroscience, a minor in Interdisciplinary Life Sciences and a minor in Musical Science and Technology. She contributed to research in both the neuroscience of music and the neuroscience of attention, and even built a program that turns brain waves into music.

After graduating, Ayla sought to teach what she felt were her most important lessons she had learned around the world. She travelled from Mexico, to India, to Singapore, to Shanghai, and back to Hong Kong to help people find the peace and well-being she saw was needed. She chose to teach in big cities because she knew that chronic stress was deteriorating people’s well-being there: physical, mental, social, and spiritual. In Hong Kong, Ayla began working for Asia’s leading wellness company: The Pure Group. Over a short amount of time, Ayla became the global ambassador for Pure Yoga Hong Kong and has since taught tens of thousands of students practices such as meditation, breathing, and yoga, and served as a model for plant-based food companies, athleisure, and wellness brands.

Now, Ayla wishes to continue to share and expand using her voice. She is following her passion and talent in music to share her renewed joy with the world. As well, she is writing a book on the experiences she went through, weaving her personal insights with science. Finally, she has started two companies: one, for connecting people deeper to music and one, a wellness company.

Ayla believes in dreaming big and inspiring people to fulfill their potential. She sees how honest, balanced individuals tend to make better decisions in the world and how this can have a great positive ripple effect. She wishes to embody the capacity for opposites to harmonize: science and music, uniqueness and collectivity, inner and outer beauty, a yogi in a pageant, and the East and West. Ayla believes that Miss Universe Canada can help serve as a platform for her to continue to share her unique perspective on global issues, to expand her capacity to serve in the world, and to use her intellect to live with her heart. 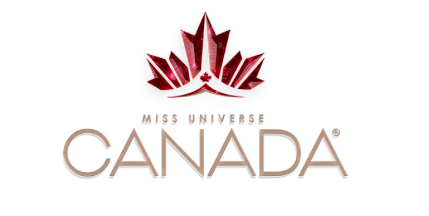 What is the Occupation of Ayla Tse

Which School Did Ayla Tse Attend?

What is the Nationality of Ayla Tse