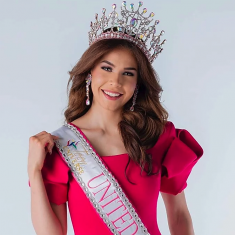 The Teen Universe Pageant is under the trademark registration and copyright with expedient number 2014-003049. A beauty pageant for teenagers all over the world.

Alexander Montiel of Nicaragua is the international director and CEO of Teen Universe International Pageant. In 2012 the first international pageant took place which winner was Panama, following the years with Nicaragua, USA, Ecuador, Puerto Rico, India, Cuba, Brazil and the reigning titleholder of Mexico.

The establishment of the United States Teen Universe Pageant began in 2016.

Looking for teenagers making a difference. Pageant director with more than 10 years of experience in the world of pageantry took over the franchise and began to expand the vision and objective of the pageant.