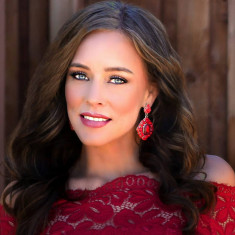 To be considered for the title of Mrs. Nevada International, a woman must meet the following conditions:
She must either be:?
a citizen of the United States of America
OR a legal resident of Nevada (six-month residency in Nevada before July 1 of competition year)
OR work, participate in community service, attend school/college, own property in Nevada
OR was born in Nevada
She must have the capability of fulfilling the obligations of the title of Mrs. Nevada International
She must be of good moral character
She must not have been convicted of a felony
She must be between the ages of 21 and 56 on July 1 of competition year
She must be married a minimum of 6 months by July 1 of competition year
She must be living with her husband at the time of the pageant
She may not be in the process of separation or divorce from her current husband
Having children is NOT a requirement for contestant eligibility
Having prior divorces or separations does NOT affect eligibility