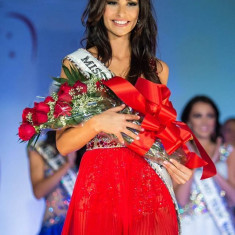 The Miss Maryland USA competition is the pageant that selects the representative for the state Maryland in the Miss USA pageant. The pageant is directed by D&D Investments.

The first Miss USA winner from Maryland, Mary Leona Gage, won Miss USA 1957. However, she was later discovered to be a mother of two sons and was therefore dethroned. In 2012, Nana Meriwether placed 1st runner-up, but became Miss USA 2012 when Olivia Culpo won Miss Universe 2012.

From 2006 to 2008, each woman who won Miss Maryland USA was the previous year's first runner-up.