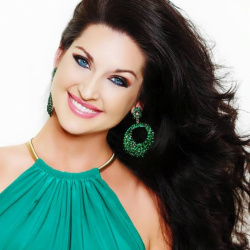 Coach
Winning Edge Pageant Coaching is based out of Kansas City. With over 17 years in the industry, I have had numerous local, state, and National winners in almost every system including Miss USA, Miss Teen USA, Miss America, Miss United States, Miss Earth, M
Nominate For Best Pageant Coach

Lisa has over 17 years of experience in the Pageant industry. It all began with the quest to become Miss Kansas USA in 1999. After 5 consecutive attempts, she became Miss Kansas USA 2004. In addition, Lisa won the interview portion for 3 consecutive years, as well as evening gown in 2004.

Following her reign as Miss Kansas USA, Lisa appeared on ABC's "The Bachelor, Paris" as one of the 25 Bachelorettes vying for the love of Travis Stork, who can now be seen on the NBC hit series, "The Doctors."

In 2007, Lisa became Miss Earth United States and headed to Manila, Philippines for the International Miss Earth pageant. While there for over one month, she was featured as one of the "Case Girls" on the Philippines edition of "Deal or No Deal."

Lisa has been coaching pageant contestants for over 8 years, and her clients have won numerous local, state, and National titles.

We would welcome the opportunity to earn your trust and deliver you the best service in the industry. Lisa is here to not only be a coach, but also a mentor and friend with your best interest at heart.