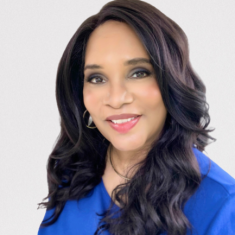 Television Personality Annette Hill is an Entrepreneur, Motivational Speaker & Emcee, Successful Business Owner of Televised Universal Royalty® Beauty Pageant. Annette has been in the pageant and entertainment industry for over 35 years and has captured the hearts of millions of viewers from being featured as a fan favorite on TLC “Toddlers & Tiaras” Television Show & MTV "Tiara Girls" TV Show.