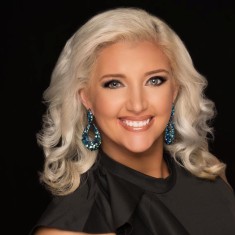 Summer Saylor is no stranger to the pageant industry. With over 20 years of experience, Summer has been involved in every aspect, including, being a contestant, judge, director, production assistant, and titleholder.

After her year reign as Ms Tennessee United States Summer remained involved with the organization as a production assistant and was pleased to be offered the position of Executive Director for Tennessee West Virginia and Arkansas in 2015 which she successfully ran for 4 years.She later transferred systems and became the Executive Director for Tennessee and Kentucky Cosmos Pageants and Sevier County Fairest of the Fair.

These days she has hung up her pageant shoes to operate her coaching and hair and makeup business Sevier Glam and to focus on a new role….pageant mom!