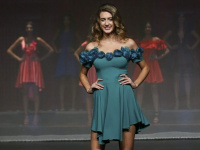 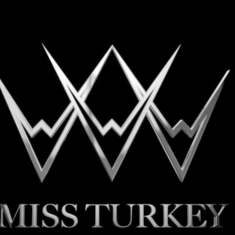 Titleholders are placed under constant scrutiny beginning when they are crowned that will last until after they give up their crown. One titleholder recently came under fire for a tweet she posted two months before winning the crown. (Read: Former Miss World Faces Criticism Over Social Media Post)

Recently, Itir Esen was crowned Miss Turkey World but ended up losing the crown due to a tweet she posted two months prior to the competition. The tweet allegedly insulted the memory of the 250 people who died fighting against the uprising in her country last year. (Read: Social Media Etiquette Guide for Titleholders)

Her tweet was from July 15, 2017, the first anniversary of the anti-government uprising in her country where many people gave their lives to stand up for what they believed in. The tweet read, "'I got my period on the morning of the July 15 martyrs' day. I'm marking the day by bleeding as a representation of the martyrs' blood."

The Miss Turkey Organization deemed the tweet "unacceptable" and decided to dethrone Esen just hours after she had won the pageant. The organization then said, "It is not possible for the Miss Turkey Organisation, whose aim is to promote Turkey worldwide and to contribute to its image, to accept such a posting."

At first, Esen denied that she authored the tweet but a committee of Miss Turkey Organization staff determined within hours that it was Esen who had posted the tweet. Since the decision has been made, Esen decided to respond by saying, "I want to say that as an 18-year-old girl, I had no political aims while sharing this post."

The crown will now be passed to Esen's 1st Runner-up Asli Sumen who will now have the opportunity to represent the country of Turkey at the Miss World finals to take place in China this year. The next Miss World will be crowned on Saturday, November 18, 2017. (Read: How to Win the Social Media Challenge At Miss World)

It is incredibly important to be cognizant of what you post on social media when you participate in an industry that scrutinizes your every post. Best of luck to Sumen as she prepares to compete for Miss World.

How to compete in Miss Turkey?