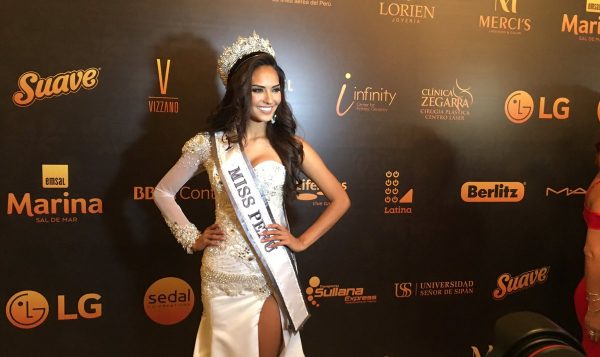 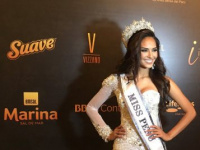 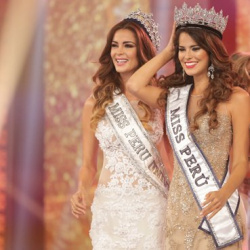 Pageantry and protests tend to occur together, especially when people think the pageant reinforces archaic beauty standards. It is not every day, however, that the pageant contestants use the pageant as an opportunity to protest. (Read: Protestor Storms Miss Ukraine Pageant Stage)

At the Miss Peru 2018 pageant, 23 contestants were vying for the title. In part of the competition, the women were supposed to introduce themselves and state their body measurements on stage. Many of the contestants thought that announcing their sizes on stage was not the best idea and used the opportunity to bring awareness to violence against women in Peru instead. (Read: Are Miss Earth Contestants Being Objectified?)

The emcee said at the end of the presentations, "This is the message of Miss Peru. We do not want a country with more violence. It's not only these 23 women, it is all women who have the right to and deserve respect." Later during the Top 13 swimsuit competition, singer Leslie Shaw sang "Always Stronger," a song she recorded for a domestic violence campaign.

Aside from the uncommon and outdated practice of announcing one's measurements, the statistics of domestic and sexual violence in Peru are staggering. Comments made by public figures, including Maritza García, the president of the Comisión de la Mujer, are certainly not helping the cause. García insinuated in a comment that women may actually be provoking the violence against them. (Read: Do Politics and Pageantry Go Together?)

While the comments made by García and others were disappointing, it was something else that called the queens to protest. There have been a series of high-profile cases where light sentences are given to men who attack women. The Miss Peru 2018 contestants wanted to take a stand against domestic and sexual violence towards women and have certainly accomplished that.

What do you think of the protest? Let us know below!

How to compete in Miss Peru Pageants?