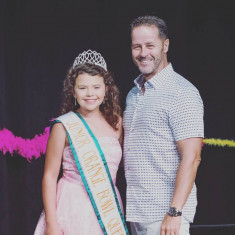 Message
The Orange Bowl crowned a girl from South Florida every year for 58 years from 1935-1993.

Ultimately, the cost of having a queen and four-member court to preside over the Orange Bowl festivities was deemed too much.

The game took place in Miami Gardens, FL, and ended with Clemson taking the win.