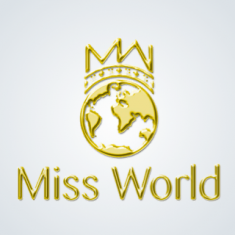 Message
"Like many of their sisters other developing countries, Kenyan women have been subjected to gender based discrimination for centuries. They are excluded in participating in many mainstream political, social & economic decision making activities in our country. Despite these set-backs there are many Kenyan women making massive strides in their different spheres of influence.
Miss World, one of the oldest pageants of our time, seeks to celebrate the woman was founded in 1951 on the principle of charity and giving back to the society, it brings nations of the world together, promoting unity and togetherness with 120 countries represented. In addition it plays a role in raising awareness about challenges facing the world such as poverty, disease & conflict while promoting action for peace, love and togetherness.
This pageant has helped put Kenya as a whole on the world map and has helped groom our very own people to meet national standards in these competitions. This has been a huge source of tourist traffic through the exposure within the African continent and the world at large." (Courtesy of  http://www.missworldkenya.com)

Contestants wishing to vie for the title of Miss Kenya World must be at least 18 years of age and no older than 25 as of November 1st. They must be able to attend one of 8 regional auditions held around Kenya. From there a top 24 will be selected in compete in a series of 6 weekly challenges that will be aired on national TV. Viewers will vote for their favorite contestants to make it into the top 12 who will compete in a final live show to determine who will be the next Miss Kenya World.

Both. We allow both male and female contestants. 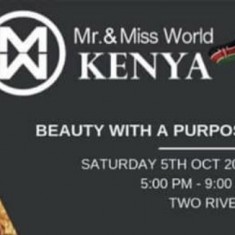