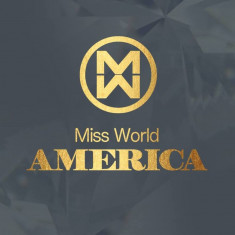 During the mid 1950s the 1st-runner up of Miss USA went to compete at Miss World (1953–57). Alfred Patricelli of Bridgeport, Connecticut, was the Executive Director of the Miss World USA during its existence from 1958 to 1977. From 1958 to 1961, the winner of Miss United States competed at Miss World. Then from 1962 to 1966 Alfred Patricelli organized the Miss USA World pageant annually. In 1967, the pageant was renamed Miss World USA and was held every year until 1977.

From 1992 to 1997, Richard Guy and Rex Holt (GuyRex) were the national directors of Miss World in the United States and organized the Miss World America pageant in 1992 and 1993 and a Miss United States in 1994. They discontinued the pageant in 1995 but handpicked a representative from 1995 to 1997. In 1998, Hirsh Wilck succeeded GuyRex and became the license holder and sent contestants from 1998 to 2000.

From 2007-2011, Elite Models were the license holders for Miss World in the United States and they handpicked the representative from their list of models. During this time, it was common to know who was going to represent the United States in Miss World a week or two before the international pageant began. Among their designee was Alexandria Mills who in 2010 became one of the few Miss World winners to have won the international pageant without winning a national pageant. It is unknown who was in charge of selecting the contestants in 1951, 1952, 2006 and 2012. In 2012, an audition process was held and its main priority was to examine the background charity the contestants had, although it is unknown who was in charge of this audition. In 2013, Crown Diva (license holder for Miss California USA) were asked to appoint a representative. They ended up choosing the 1st runner-up of the Miss California 2013 pageant, Olivia Jordan, and held a private celebration ceremony in Los Angeles, California.

In 2014, in an effort from Julia Morley who wanted all national directors to hold a national pageant to select the representative of their country as opposed to only designate, Christopher Wilmer, the organizer of the Miss United States pageant, was appointed as the national director of Miss Worldin the United States. As a result, the winner of Miss United States 2014 was selected to compete at Miss World because she met the age requirements of the international pageant. In 2015, Wilmer reinstated the Miss World America pageant in order to properly reflect Miss World’s age and contest requirements. Miss World America was held in 2015 and 2016.

In 2018, Michael Blakey became co-national director of Miss World in the United States, and will be assisted by Liz Fuller.