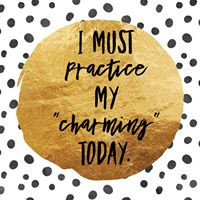 Anita Whitlock has been involved in pageants for many years. After being a pageant mom as her daughter participated in many pageants and held various titles, Mrs. Whitlock has since gotten to know the pageant world on the other side of the stage. She was the pageant coordinator/director of the Miss Heritage Pageant at Good Hope High School in Cullman County and for the Fair Representative Pageant as well. She has also judged numerous pageants on many levels. Mrs. Whitlock is currently a pageant interview coach and holds pageant clinics for girls ages 8 and up.
Mrs. Whitlock is enjoying her 20th year at Good Hope High School as a language arts and drama teacher. At Good Hope she is the advisor for the Youth Literacy Leaders, an organization which she created to give students a voice in their own education. The organization supports many school functions and offers scholarships to seniors for their reading accomplishments. Mjazz musicians, ballet companies, and authors Carolyn McKinstry, Keith Dunnavant, and Richard Sikes to name a few.
She is also the Poetry Out Loud lead teacher at her school. Mrs. Whitlock coaches students to participate at the local, regional, and state levels in poetry recitation. Her students have been successful at all levels in POL including a state winner in the POL original poetry competition.