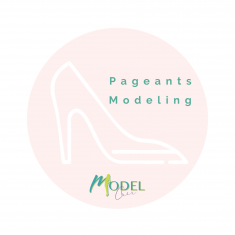 For over 20 years I've worked in the entertainment industry as a performer, screenwriter, coach, and instructor. My first experience as an instructor was at a performing arts camp for children and teens, teaching on-camera and performance acting. From there I worked as a runway and modeling instructor at a top national modeling school, where I used my professional experience as a model and actor to develop my own curriculum on the subjects of runway technique, on-camera acting, and personal self-development for teens. Once I aged out of miss pageants, I began coaching teens and adults, and gained experience as a children's pageant and multi-level pageant judge for beauty and natural pageants. Using these experiences, I developed a system of teaching pageants and modeling unlike any other. My acting students have gone on to perform in television shows, commercials, Off-Broadway theater, and major motion pictures. My modeling students sometimes get booked on the same jobs I do today! They have appeared on runway stages, and in magazines and catalogs. My pageant clients have won local, regional and state, and national competitions.