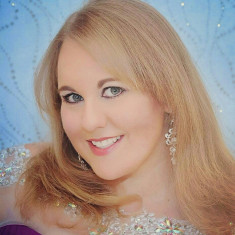 Medina has been active within the pageant world for close to 30 years. As a competitor, she began her pageant years at just two years old competing in a local “mall pageant.” Since then, she has held numerous titles in scholarship style pageants as well as in the glitz/natural circuits. Medina has proudly held pageant titles along every level of competition: from local, prelim, all the way to International and Lifetime. Some of her more recent titles include:
International United Ms. 2016-2017
United State Personality Pageants Lifetime Queen
Ms. Vision Select 2015
United State Personality Pageants National Elite Queen 2014
Miss Military Star Lifetime Ambassador
Storybook Pageants “Bright Lights Big City” Mini Supreme 2012
Heavenly Angels Easter National Beauty Supreme 2012
Ms Pennsylvania American Coed 2011
Medina has also had many top five placements and received awards for Talent, Speech, Modeling and Photogenic at the state and national levels. When not competing, Medina enjoys emceeing for pageants as well as judging. She has judged locally for Cinderella and various local and charity pageants as well as at the state and national levels for both glitz/ natural and scholarship style.

Medina is an accomplished dancer and choreographer for her high school Alma Mater's dance and majorette team. She has danced for over 25 years and specializes in jazz, theatre jazz, lyrical, and tap.

Medina co-directed a charity pageant event in 2016 in which to raise funds for a beloved pageant director who was battling cancer. The pageant raised $6100.

Outside of pageants, Medina is passionate about hockey and writes for the hockey/ sports blog, Pens Initiative. She also loves to cook, feels naps are the most under-rated commodity in America and currently resides in Moon Township, PA with her husband, Justin and their furrbaby cat, Snickerz. Contact her via email, [email protected], for judging and emcee inquiries. 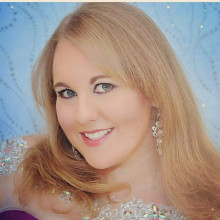 A Little About My Dance and Pageant Life