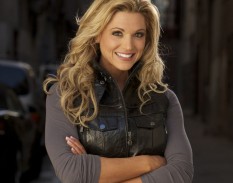 Kim Lyons is an American athlete, personal trainer, nutritionist, and fitness model who has appeared several times on the covers of many health and fitness magazines and has also starred on the United States version of the competitive reality television show, The Biggest Loser.

She is truely a Queen Maker