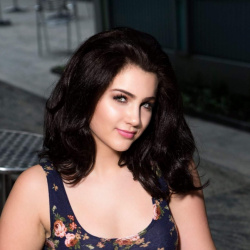 Coach
Katerina Katakalides has been involved in pageants for the past five years and has been coaching for the past two. She has competed in systems such as Miss Earth United States, National American Miss and Miss American Coed. She has held the 2016 Teen Miss

Katerina's passion for pageantry has helped her succeed in all her pageant endeavors. She has competed in statewide and national level pageants in various systems. Her most notable title is the Teen Miss New York title she won under the Miss Earth United States system in 2016. She is the previous Miss Empire State Teen in the Miss American Coed system. In addition to pageantry, Katerina had a long background in dance and is well versed in many styles. Helping others achieve their dreams in pageantry is something she strives to do.