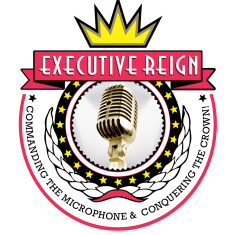 About the Owner and CEO:

Born with the gift of speech wrapped up in a heart of love since the age of 2 years old, Canisha Cierra Turner is the true definition of extraordinary. She is a marketing and sales powerhouse by day, and a business owner and prolific speaker by night. She is the Owner and CEO of Executive Reign—a pageantry, leadership development, and talent management company based in North Carolina but serves multiple states. Canisha Cierra has had the pleasure of training some of the most talented and brightest rising stars across Southeastern United States. She has trained Local, State, National, and International pageant winners from 0 to 30+ years old in a reputable portfolio of pageant systems. Her success as a pageant coach and talent manager comes from her diverse background in scholarship pageants, natural pageants, semi-glitz pageants, theater, and of course, motivational speaking. Several of her Executive Reign clients have walked in New York Fashion Week, casted for several national projects, booked commercial and print work, and have become successful Kidpreneurs.

In 2011, Canisha Cierra’s national and international service work was nationally recognized by superstar Janet Jackson for the 2011 Janet Jackson 20under20 Extraordinary Youth Award in Atlantic City, New Jersey. She was honored personally by the celebrity and her staff. Because service is a high priority for her, Canisha Cierra has traveled to Ghana, West Africa to donate books and speak to village schools in Kumasi, Ho, Accra, Elmina, and Cape Coast. She did all of this during her undergraduate career as the 2013-2014 Student Government Association President of North Carolina A&T State University.

Canisha Cierra has spoken to audiences all over the United States of America as a motivational speaker. Her speeches are inspirational, thus encouraging audiences to think, “Who Am I Not to Be?” She brilliantly crafts motivational messages intertwined with modern and historical real-world examples to match whatever the theme of the event. From the youngest audience member all the way to the oldest, she leaves each audience member inspired and charged to conquer the world. Canisha Cierra has spoken alongside greats such as Jeff Johnson, the honorable Andrew Young, Omarosa, Malik Yoba, Tatyana M. Ali, Jesse Jackson, and several others. She has also published several articles including, We Speak Your Names, which pays homage to the women of the civil rights movement. She has also been nationally recognized as Wednesday’s Woman of the Week by The SBB Institute for the Development of Women Leaders.

Canisha Cierra serves on several boards including the North Carolina A&T State University’s Alumni Convention Board, Queen in You Board of Directors, and several other community organizations. She was also named one of the Top 10 Women Entrepreneurs to watch in 2018 by social blogger, Marcia Lindsey. She holds a Bachelors degree from North Carolina A&T State University and a Masters Degree from Wake Forest University. 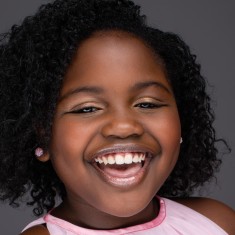 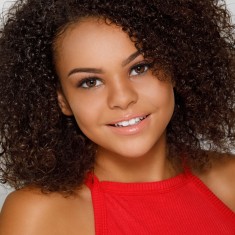 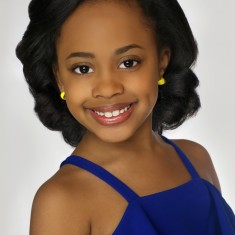 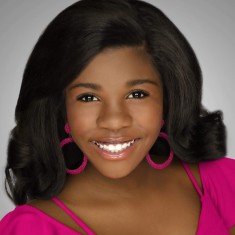 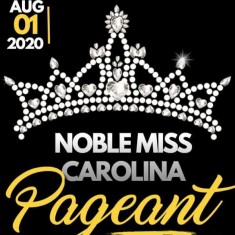 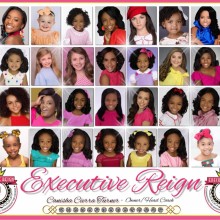 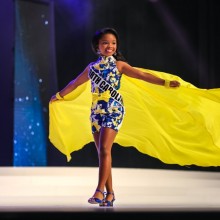 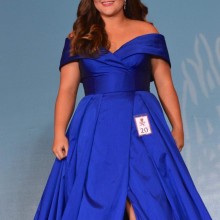 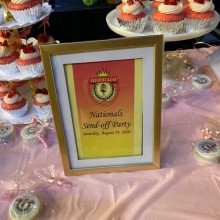 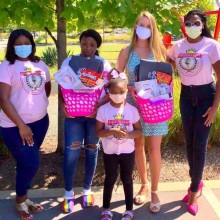 Ms. Caniesha Turner is the best in the business. She has a tremendous love for all of her girls and the pageant world. This lady shows up and out for her girls!!!!

Coach Canisha is the truth! She truly cares about my daughter as a whole and is honest and up front about what it will take to get where we need to be. I am so fortunate to have my child starting as a baby with Coach Canisha because she is going to truly take her very far in her pageant career. Coach Canisha is an amazing role model for my child and every young lady that she comes in contact with. She is very knowledgeable about the pageant world, and she is pours love and dedication into my child. She is now a part of our family and we love her. If you have the privilege of working with her, you are truly in for a treat. We are so blessed to be a part of Executive Reign!

Canisha is outstanding! She is extremely knowledgeable in her ability to be able to mentor and coach her Executive Reign members. She completes research and provides the best resources to help each member reach their personal goals. She has a passion and a desire to help cultivate those who are under her leadership. I can think of no one more deserving than her for this nomination!

Canisha Turner is a phenomenal coach, mentor, and positive role model to everyone that she meets. We have worked with her for less than a year and the experience has been priceless. I love her passion, enthusiasm, work ethic and her energy! She commands the best from her students and she leads from her heart. She has helped my daughter Kyah gain confidence and poise on that stage and so much more, and I am so very grateful to have her with us on this pageant journey!

Canisha is a phenomenal coach and role model. She treats my daughter like her own, she shows her kindness and support while helping her achieve her goals. Her professionalism and knowledge is simply like no other!

As a pageant mom of 3 girls I have worked with a variety of coaches over the past 10 years. Canisha is by far the best! She is more than a coach she is an amazing role model , mentor and leader ! My daughter has competed and won on both state and national levels . Canisha pushes her girls to be the best they can be on and off the stage ! Definitely a 5 star woman so with out question a five star coach.!!!

There are times when a person deserves more than the alotted amount of stars! This is one of those times! Canisha Cierra Turner is the consummate professional and has been since the first day my daughter Skylar and I met her! She has created a family atmosphere with all of the young people that train with her in Executive Reign. On and off the stage and beyond, she supports, guides, directs, grooms and cheers on each and every one of them! Where she leads, we will surely follow! Totally deserving of every star!

Ms.Canisha Turner is the best!!! My daughter and our family loves and appreciate her being the Professional, well educated, knowlegeable, amazingly beautiful inside and out Pageant Coach that she is. We Love you! Amiya Washington &Family

How do I narrow down my love for such a great woman? Since the moment she met my family and I, she has been professional, warm, welcoming, and most of all a phenomenal mentor. She has embraced me for who I am from the beginning and spends her time making sure she provides me with the best service from a holistic approach. We love you Ms. Canisha! Thank you for your service.

Canisha has been working with my daughter for the past 3 years and has taken her to heights we would have never imagined going. Canisha is compassionate & understanding and she goes above and beyond for every one she coaches. If you are looking for a top notch, winning, pageant coach who is very knowledgeable and will be with you for every step of the way, Canisha is the coach to choose! We appreciate Canisha so much & we are so glad to be Team ER! ?

Ms. Canisha has been a God send to my daughter and I. We started pageant life with no experience and she is guiding my daughter in a direction that is destined for greatness. She makes herself available to answer any and all questions and her dedication to her clients is one I have never seen. She always goes above and beyond and I could not ask for a better coach. If you want to surpass what you think you can do, you need to call Ms. Canisha to take you to the next level. You will reign executively!!!!

Miss Canisha Turner is the best of the best ! My daughter is new to the pageant world and she made this process easy for the both of us . Miss Canisha truly cares about each and every one of her students . My daughter immediately had a connection with her and she trusted her direction as she shined bright on the stage for the very first time. With Miss Canisha’s guidance my daughter placed Supreme in her very first pageant . We are so blessed to have Canisha in our lives and we love her dearly . -Bria & Bella

Executive Reign is by far THE BEST training my daughter has ever had! We have been with Ms. Canisha for five years! I have seen my child blossom from day one. Ms. Canisha makes sure when she hits the stage, attends auditions, models, makes appearances, or has goals she wants to meet, my child is well polished, professional, prepared, and confident!! Ms. Canisha has been a blessing and a key player in our lives!!! Best investment made!!!! There is no other like Executive Reign!!

Where do I start. We have been with Miss Canisha for 2 years and the experience has become a lifestyle. We appreciate her professionalism and knowledge of the industry. She is the complete package. If you are looking for honesty, poise, professional, knowledge and true love for the pageant world... Exective Reign is the place.

Executive Reign has been a life and game changer. Canisha Cierra Turn has a wealth of knowledge and experience. Her attention to detail and personal level of care is unsurpassed. She has also created a team that is just like family. We are so fortunate to have her guidance and support. We are honored to be a part of Team ER.