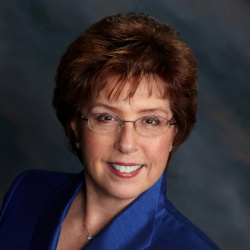 Elizabeth McGlynn is the founder of Professional Pageant Preparation, LLC and has been a respected professional pageant coach, judge, mentor and life coach for young women in the pageant world for over 22 years. She has gained an unparalleled reputation for her personal attention to every detail of pageant competition including interview skills, application and platform development, appearance and on-stage performance. Her dedication and commitment to working individually with each young woman allows each one of her clients to truly represent their own unique qualities and was recently named one of the Top 3 Pageant Coaches in the country at the ‘Pageantry Prestige Awards’. After being a ‘Pageant Mom’ herself for her two daughters, she attended the National Judges School in Atlanta, Georgia, was certified by the Miss America System, and was on the Board of Directors for a Miss America local preliminary. Elizabeth has delivered Professional Pageant Preparation workshops across the country on all phases of competition as well as Media Training. She has prepared numerous young women to achieve success in local, state and national pageant systems including Miss America, Miss America’s Outstanding Teen, Miss USA, Miss Teen USA, America’s National Teenager, Miss National Sweetheart, Miss National American Miss, Miss American Coed, International Junior Miss, Teen America, USA Ambassador, High School America and many others. Elizabeth has been a judge, consultant and resource for numerous pageant systems throughout the country. She has been a featured presenter at the Miss America’s Outstanding Teen and Princess Camps, conducting Workshops and Individualized Interview Critiques with both the Teen and Princess Participants. She originated the Teens In Action Scholarship for the Best Platform given out annually at Miss America’s Outstanding Teen each year. Elizabeth’s expertise in interview and application preparation has made her a sought after coach for individuals outside the “pageant world” who want to advance in their careers by taking their resume to the next level or nailing the job interview. Elizabeth was been a featured writer for Fourpoints Magazine on Platform Development, was featured in the article “Try a Pageant!” in Almost Famous Magazine, and was featured in the article “Beauty Queen Business – The Do’s and Don’ts of Dealing with Pageant Girls” in Vows Magazine – The Bridal & Wedding Business Journal. She has been asked to comment on events in the pageantry world by CNN, MSNBC, the Dr. OZ and Dr. Phil Shows and been asked for input for the MTV show MADE and additional television shows related to the world of pageantry.