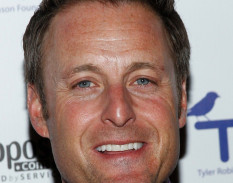 Chris Harrison was born on July 26, 1971 in Dallas, Texas, USA as Christopher Bryan Harrison. He is an actor and producer, known for Date Movie (2006), The Short Cut (2011) and Hot in Cleveland (2010). He was previously married to Gwendolyn Jones.

Chris is probably best known though for his work with the Bachelor and inside the pageant community he is known as Miss America's emcee.